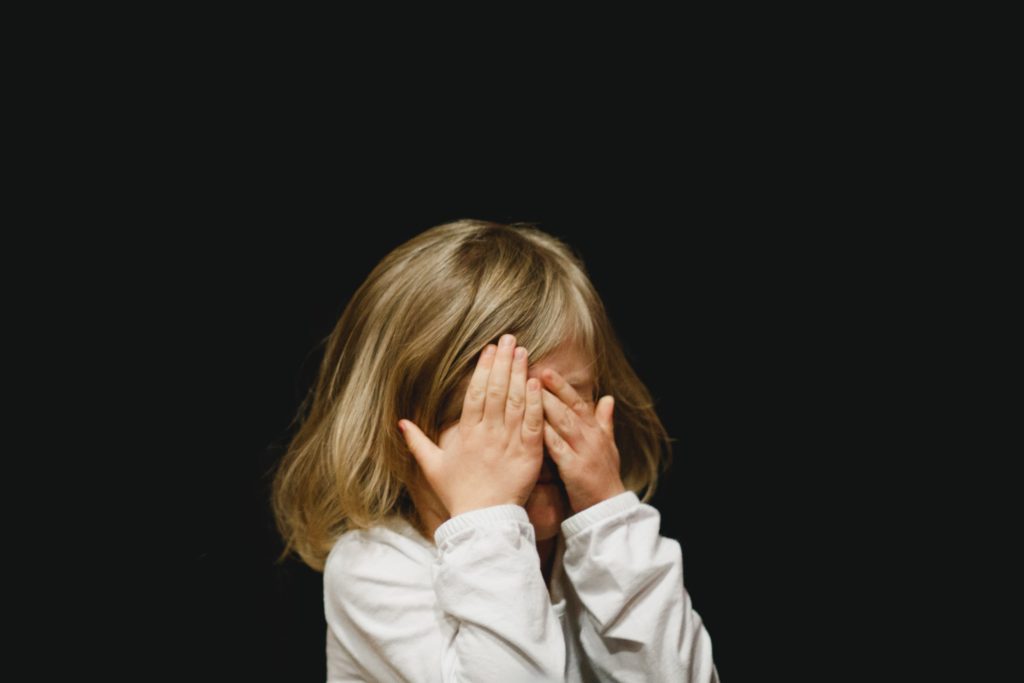 Childhood sexual abuse leaves you with secrets and fear. You live behind walls. Alone. Vigilant. Angry. Always afraid. It’s hard to allow help. People aren’t to be trusted. If you live in this lonely world, you might wonder:

Is there anyone to reach inside my pain? There is if you can take the leap. Sexual abuse can be healed. Trust can be built. Here are 3 reasons for secrets after sexual abuse. And how to find a therapy where you can let those reasons go:

You hid it. All the evidence. Most sexually abused children do. Threatened (probably by the one who abused you). Terrified. Filled with shame. You weave a camouflage around you; live in pretense. Always had to. There was no other protection. At home. Or, anywhere.

No one saw or reached out. No one noticed there was something wrong. You couldn’t tell anyone. You knew you might get into trouble. Or not be believed.

That’s the worst thing for a child. Having no one to turn to for help. Being all alone. Handling things too big and too hard for a child or teenager to manage. You had to. There’s no choice when it’s not safe at home. And, your mom doesn’t see. Maybe she’s so tired and preoccupied she’s not there, even if she is.

When you’re little and scared, it’s the time you need a mom. But she doesn’t protect you, even when sexual abuse is going on in her own house. Maybe she’d be mad if you told. Maybe you even tried, and she blamed you.

Yes, there are reasons for secrets. And, you’ve probably kept your secret well into adulthood. With the walls, you built, still intact.

There are good reasons for walls. You were on your own. That’s the way it was. Maybe you still feel it is. Sure, there might be people in your life. Some you’re even kind of close to. But no one knows. You can’t tell. You’re too ashamed.

Plus, would anyone understand? And, not judge you. Those walls? You need them. They won’t let you say a whole lot. About how you feel. They’ve been up for such a long time. They protect you. And, you use them well.

Mostly, for keeping people out. Because you can only trust yourself. You learned that long ago. You have to stay detached, shut your feelings down. Go numb. Not want anything. Need is not allowed. You’ll figure it out. Even when you’re can’t. You fake it. Always have. At least you try.

You have to be suspicious of everyone. That you learned long ago too. But it can wear you out. Taking care of yourself. Having to stay tough. And not let on that you need anything. Always saying, “I’m ok now.” Quicker than you are.

That’s the way it’s always been. You have to say, “I’ve got it.” That you’re ok. Even if you aren’t. There are scary things around. It’s best to keep your eyes open. Protect yourself from danger, if you can.

You’re never really sure where the danger is. Mostly, though, it seems, in other people. You’re pretty sure. Because what happened to you as a child is all still with you. It affects your life. Your trust. And, how you feel about yourself.

Shame, though unwarranted, (it was not your fault), makes it harder to open up.

3. Feeling Alone Even When You’re Not

You wish you could tell someone. But, you can’t. You can only go so far in friendship or love.

You’ve let some people in over the years. And, maybe you even have someone who’s always there. Would do anything for you. But you can’t quite let her in. Or, him. You can’t let your guard down or you might crumble. Those walls are meant to keep you tough.

Anyway, if you count on anyone, they might let you down. That’s the way it was. It’s hard to believe it won’t always be that way. With anyone, you try to trust. So, you’re alone. Even when (maybe?) you aren’t.

Could someone really understand, if you opened up? About what happened? You don’t think so. And that’s the biggest reason for your secret. You really believe it: Secrets must be kept.

Yet, you sometimes wonder:

Are there kind people, who might not judge you? Who might actually understand how you feel? And, mostly how being sexually abused affected you, to your core? Right now, you need that hard shell; those walls you’ve worked very hard to build.

But. Maybe. When you’re ready. You might get help with your reasons for keeping the sexual abuse secret.

How to Let Someone Reach Inside Your Pain

Looking for someone to help must be when you feel ready. When your secret starts to be too heavy to carry all alone. When you want to find a safe place to work out your reasons for secrets.

That’s the time to try to let someone in. But, who? Who’s the best person to try to trust? You’re scared. That’s understandable. If you do let someone in, what if they leave you first? Or fail you. You’re used to playing it safe. Especially when it comes to abuse.

You’ve never been able to let anyone know you need anything. So used to asking for nothing. Lying about your feelings and needs. Who do you trust? Because you know that song? “Don’t let the sun catch you crying?” That’s the way it is.

You can’t let anyone see that you’re sad. Or hurt. You can’t be too soft. That’s never felt safe. But might there be kindness? Somewhere. You sometimes, wonder. “Is there someone who could reach inside my pain?”

Where do you start? To trust. So you might take down your walls, little by little?

Choose carefully. Therapy with a therapist experienced working with survivors of sexual abuse is the best place to begin. Someone who knows it will take time for you to trust.

Things To Look For In A Therapist

#3   Doesn’t expect you to trust right away

In the right therapy, you’ll find there is someone who just might understand. And, it will be a relief not to carry your secret alone. And especially, not continue to suffer all the ways it has hurt you.

There is someone who can reach inside your pain. You don’t need to live with secrets and walls, in shame, numb or scared. As you begin to trust and open up, your world will be lighter.

I’m Dr. Sandra Cohen, a Beverly Hills and Los Angeles psychologist, and psychoanalyst. I specialize in working with survivors of childhood trauma and sexual abuse. Are you suffering? Call now. I’m here to reach inside your pain.

If you’d like to read more, click on this link to my piece on the film Never Rarely Sometimes Always on my blog, Characters On The Couch.